Social media has changed the way we interact with friends, family, and yes, even coworkers. As part of Telework Week 2012, Telework Exchange launched a Social Media Fanfare contest, to find the ultimate telework fan.

We sorted through hundreds of tweets, likes, posts, and tips on Facebook, Twitter, and Foursquare to pick the top fan who actively posted on Telework Week’s social media platforms. Read more below about her telework experiences as well as some of her favorite things about teleworking. Congratulations to our Telework Week 2012 Ultimate Fan.

Teleworking isn’t anything new to our Telework Week Ultimate Fan, Jessan Dunn Otis.  A teleworker since May 1996, Jessan finds she can accomplish more when working from home.  Not only is she more productive, but telework allows her to spend more time with her family and friends while still being able to manage her work schedule.

An independent freelance writer, editor, consultant, and mentor who works in the Providence, Rhode Island area, Jessan says telework helps her be more accessible to her local, national and international clients since she can spend more time working, and less time commuting.  “[I have] a very short commute (approximately 12-14 steps),” she says.  Technology tools such as her laptop computer, phone, and voice-over-Internet Protocol services help her stay connected.

Jessan knows work/life balance is key when teleworking.  She takes breaks from her work schedule to go for a walk, sit in the sun, run errands, and enjoy lunch every day with her husband.  “Celebrating 2nd day of #TeleworkWeek by going 4 a well-earned walk. Enough ‘time on task’ 4 now. Join me? #PVD #RI pic.twitter.com/w6rgzYtf,” she tweeted during Telework Week.

But for this full-time teleworker, Telework Week is not a once-in-a-while thing.  “Alas (for some), #TeleworkWeek comes to an end today. For those of us who’ve been teleworking a long time … #DanceOn…! Cheers!” she tweeted.

Jessan can be contacted at:

SOLUTION: Contact me. I’ve been creating original content, collaterals, and/or readables since May, 1996, as a freelance, independent, strategic writer, for individuals and businesses with well-funded projects.

I look forward to earning your trust and collaborating with you. 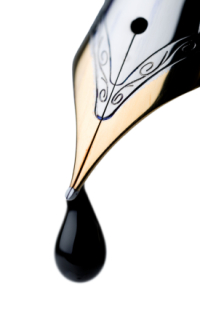 Let’s begin by understanding one thing – I wasn’t always a writer.  After all, once I accomplished the required rudiments of beginning to become a human being – i.e. sitting up, eating human food, beginning to learn language, walking and all – I was just a little girl, growing up.

Somewhere along the way, however, I learned that words have meaning – often, deep meanings.  That speaking the right word can either encourage or profoundly discourage myself and others; and, unfortunately, that words can be used as weapons.

Some time later I, also, learned to write words. Sometimes they were “funny words”, like “sword” (that I learned how to spell by emphasizing the “sw” sound and, then, adding the remaining “…ord”).  I have a long and growing list of “funny words”. Another one might be “ghabberflasted” (intentionally flipped ’round for memorability, emphasis, and humor).

Eventually, I began to, somewhat, “eat” words – rolling them over in my mouth for pronunciation, “digesting” the deeper meanings, learning the human history of words. I think, at that point, I was hooked; but, didn’t consciously realize it yet. I was on the path to becoming a writer; whether a public writer or a private writer didn’t matter.

Subsequently, the unconscious became conscious as I wrote more. I thought, as a returned undergraduate, I would major in English and, then, earn a J.D. in law to, eventually, specialize in international law, with sitting on the World Court as my goal.

Halfway through my undergraduate degree (I went back as a sophomore), what can only be called a phenomenological occurrence happened. My World Court goal took a one-week hiatus. I talked with two writers and two lawyers that I knew and respected.  At the end of one week, I decided to go into writing not law; and, didn’t know it was poetry until I wrote more.

The rest of this story is my continuing history as a writer – earning my graduate degree, a Master of Fine Arts (MFA) from Brown University (Providence, Rhode Island) with the concentration in poetry. Sending out submissions, receiving acceptances, being published in various literary journals; and, eventually, teaching at the college level for eight (8) years. From time to time I continue to be invited to be a Guest Lecturer and Visiting Artist. These days I’m, also, invited to be a presenter based on my adventures as a woman-owned entrepreneur.

When my teaching gigs ended, I began to develop my skills, expertise, and acumen as a commercial, independent, strategic freelance writer and editor. I had come to understand  that the world wide web, hence the internet, is founded on and completely driven by words. That was in May, 1996. I became a bootstrapped, solopreneur founding Jessan Dunn Otis|Writer.

Finally, the following quote by Mark Twain are the words upon which my logo was created:

…and, that answers the question (more or less) how and why I became a writer.

Enjoy this day you make/are given.